The Proper Use of Boundaries - Creating Space for Healing and Change 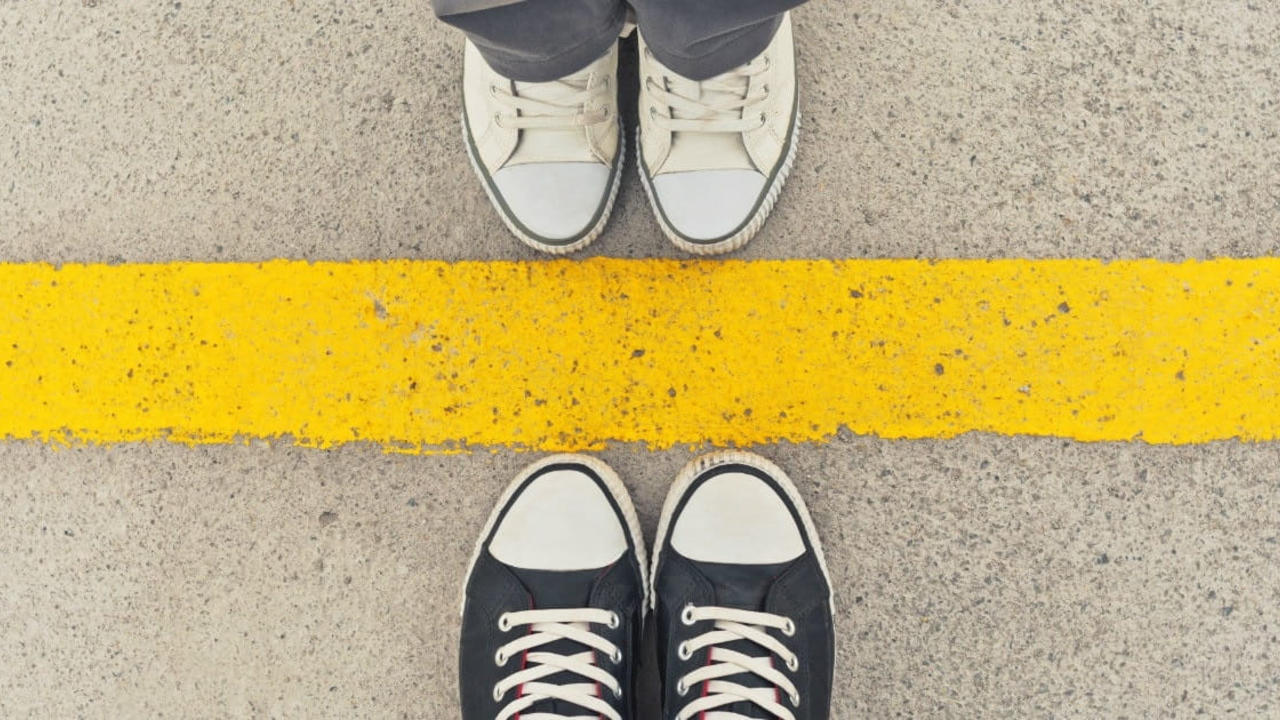 If someone steps on my foot I’ll probably say “ouch”. If they do it time after time I will eventually tell them to stop because they’re hurting me. The process of telling them to stop is where a boundary is set. I’m telling them their actions are hurting me and they need to stop stepping on my foot. I may even tell them what I’m going to do to avoid being stepped on, if they don’t stop.

At that point I’ve set the “don’t step on my foot boundary.” Notice, my actions aren’t aimed at changing them, but rather in protecting my foot, as well as our relationship. The other person will ultimately have to decide whether or not they’re going to alter their behavior, but at least I’ve warned them and I know what I’m going to do in order to protect myself.

Relationships are no different. At times our mate “steps on our foot” and hurts us. We have several ways we can respond:

1.     We can ignore it and just hope it doesn’t happen again. (this may be okay if it’s a first offense, but if there’s a repetitive pattern more may need to be done before you grow resentful or worse, empower their behavior).

2.     We can say “ouch” and hope our mate notices our pain and makes efforts not to do it again.

3.     We can withdraw and make sure they don’t ever have an opportunity to step on us again.

4.     We can stomp on their foot so they’ll know what it feels like and will be more careful next time.

5.     We can be assertive and set a boundary, letting them know that stepping on our foot is not OK.

6.     After setting the boundary we could also let them know what we’re going to do to protect ourselves from being stepped on.

Infidelity is certainly a more extreme pain than getting one’s foot stepped on, but the potential response patterns are the same. Some are helpful and others aren’t. The goal for boundaries is self-protection and relationship regulation. Within a relationship, the absence of a feedback mechanism to inform our mate of our wounds limits our ability as a couple to accommodate one another. Healthy couples communicate what they appreciate about their mate, what their mate is doing that’s wounding them and they take responsibility for their hurtful actions by making amends for having wounded them. Without these three forms of communication it’s difficult to know if we really matter to our mate. Do they really care? Are they going to be there when we cry out for them?

We often mistakenly believe the purpose of boundaries is behavior modification, but this is not true. Boundaries are for self-protection and the protection of the relationship as a whole. Hopefully, when the boundaries are bumped, out of respect, concern and heartfelt empathy for us, the person violating the boundary will make amends and make it a point to honor our boundaries. If they refuse to honor our boundaries, we’ll need to do what is necessary to enforce them.

While boundaries are essential for defining how we’re to live and interact with one another, they are ineffective when it comes to changing our mate. All too often I see the wounded mate establishing consequences to their boundaries in hopes that their mate’s fear of the consequence will get them to stop the destructive behaviors or patterns. While that fear may serve as a short term deterrent, it won’t work as a long term solution.

The pain resulting from consequences suffered as the result of boundary violations serve only as short-term deterrents to destructive behavior. They are effective only as long as the pain remains or the fear of the consequence is in place, but once those fears are gone the motivation for change decreases. The new behaviors will remain only as long as the memory of that pain is fresh or they still care whether or not they lose what they have. But, when the new behaviors no longer provide the happiness they seek, it won’t be long until the allure of returning to old behaviors outweighs the benefits of the new behaviors.

I’m not saying that things can’t change, but change that is externally imposed is short term, at best. True change comes from inside out. It’s about a change of heart, not a change of behavior. It comes because we care and we’re willing to do whatever is necessary to be different. Do not misunderstand, consequences must be set to protect yourself, and hopefully those consequences will serve as an impetus to begin the stages of long term transformation.

Marriage is hard. There is no way two people can negotiate a life together and not step on each other’s toes. There has to be give and take and the ability to communicate when our mate is hurting us. Hopefully, our mate responds and makes a sincere effort to stop hurting us. Healthy marriages are a process of negotiation and compromise where, because of our love, we try to act in our mate’s best interest. Research shows that a third of all marital problems are unsolvable. What happy couples have that others don’t is an ability to peacefully live and work around our perpetual problems. But for that to occur there has to be a genuine concern for our mate and a willingness, to forgo our happiness for theirs.

The Three Stages of Boundaries:
If your mate continues to seek their own pleasure at the expense of the relationship and your well-being, boundaries need to be established, or reinforced. But, don’t forget that behavior doesn’t always equal motive. From time to time, we all fail and act in ways that are contrary to how we want to be, which is why I suggest the following progression when implementing boundaries.

The FIRST stage is a request where you clearly communicate how their actions are hurting you and ask them to stop. Don’t assume they are intentionally committing the offense. Explaining to them how their actions have hurt you and requesting that they not do it again gives them opportunity to show the condition of their heart. If they take responsibility and acknowledge that what they did was wrong, you’re off to a good start. If they are genuinely concerned over the fact that they’ve wounded you and are doing whatever they can to help you heal, then they’re acting in your best interest. If they’re upset with themselves for having hurt you and are seeking reconciliation, then it’s a fairly safe bet that this person values you and the relationship and will do their best to avoid hurting you in the future.

The SECOND stage is telling them to stop. If you’ve asked and they continue their hurtful behavior, you turn up the volume by telling them they’re hurting you and telling them to stop. The goal of the boundary is for your protection. They may or may not respect your boundary, but if you love them, then for love’s sake the boundary needs to be set. Love always acts in the best interest of the other person. Allowing them to act in a way that’s unloving isn’t loving to them. It’s not okay to enable someone to act in ways that are self-destructive or to treat others in ways that are destructive. Love compels us to act in the best interest of the other person.

Their response to your telling them to stop is the next litmus test of their heart’s condition. If there is no response, it’s time to go to stage three. If they are grieved over their continued failure and are attempting to address the problem, there’s hope. If they say they’ll stop, but aren’t grieved over the damage they’ve caused you, their heart may still be hard and they may be ambivalent about stopping the behavior. Ambivalence is a state where a person holds two diametrically opposed positions at the same time and it leaves them stuck, unable to choose one or the other. For this person there is a strong likelihood that they will once again violate the boundary.

The THIRD stage is demanding they stop and telling them what you’re going to do to protect yourself if they don’t. This is the stage of consequences, but notice the point of setting the boundary isn’t to change them, rather it’s for your protection. We don’t control how they’ll respond, but we do control how we’re going to respond if they don’t stop the destructive behaviors.

When enforcing boundaries it’s important to respond out of love. It’s not about vengeance, it’s not about controlling them, it is about telling them that it’s not okay to treat others the way they’re treating you. It’s communicating that because of your love and respect for them and your own self-respect, you will not allow them to keep acting this way.

They will have two choices: they will either chose to do what’s necessary to honor your boundaries or they will continue to act in their own selfish interest. If it’s the latter, you’ll have to follow through with the course of action you’ve chosen to keep yourself safe. This is not an attempt to get them to change, but hopefully the consequence will result in their re-evaluating the importance of the relationship versus their own happiness and at the very least, provide the opportunity for change or intervention to start the healing process from infidelity