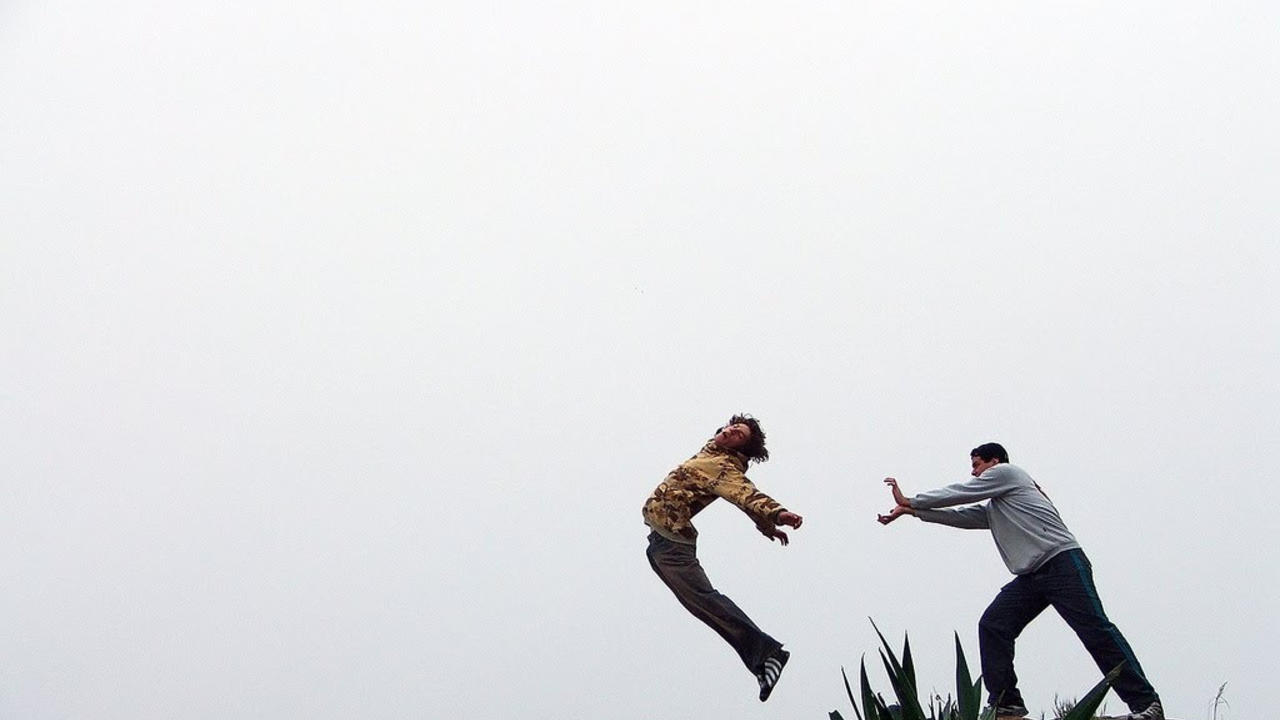 Many years ago a car company, attempting to show the advantages of front wheel drive, aired a commercial showing an Alaskan dog sled team pushing its sled rather than pulling it. Of course, the sled moved nowhere and the dogs and sled were tangled in a chaotic mess. As a therapist specializing in the treatment of addiction and trauma, I frequently meet individuals being pushed from behind by their past experiences.

The problem with being pushed from behind is three-fold. First, they often don’t get where they want to go. Second, they often experience internal chaos, much like the sled and its dogs. Third, because the push is from behind, it is difficult to know what is pushing them. This then begs the question “what is pushing me and why does my life feel so chaotic?”

I would like to briefly answer this question and outline a framework that is helpful to me when working with clients stuck in addiction and trauma.

Within each of us are various parts of the self, or “ego”, that determine our experiences and how we manage them. These parts can be divided into 3 categories:

Exiles are the parts of us that carry the burdens of the hurts and traumas we experience. The exile is developed at the time of the painful event and remains in the state in which it was developed. The exile is often young, powerless and vulnerable. The exile typically appears when triggered by external events, however, it may also show up in dreams or other random thoughts. When this occurs we often feel anger toward the individual(s) or event(s) that have caused the exile to surface. What makes the appearance of the exile painful is that it often leads to a reliving of the original traumatic experience.

Because the exile is young, our responses may feel very young. A trauma that occurs at the age of twelve will lock itself in the body’s memory system complete with information about how the body responded to it at that time. Despite advances in maturity on multiple levels, when an adult’s 12 year-old exile is triggered we may expect to see them respond in much the same way that a 12 year-old would respond. This may be confusing to an individual who would otherwise manage themselves differently and may even lead to further trauma depending on the severity of the reaction.

The manager has two primary objectives. First, it protects the rest of the system (you) from being overwhelmed by the burden carried within the wounded exile. Second, the manager seeks to protect the exile from being hurt again.

Managers are often critical of the self and use negativity to motivate or to keep threats at bay. They may seek to keep everything calm and reduce the threat of abandonment through subservience.  Doing what other people want of them for the purpose of not rocking the boat or calling attention to their vulnerability. They may seek to remain busy to drown out the pain of perceived or real threats to their safety and security. An example of the Manager in action is seen in the fight or flight responses of primal panic that comes when people perceive threats to their primary attachments.

Managers are fierce warriors, doing what they believe to be right and good for the system. However, as they fight they often become overwhelmed by fatigue. When this occurs, there are two options available to the system: 1) allow the exile or, 2) enter into the third category, the Firefighter.

The Firefighter’s role is to extinguish the flames of pain within both the Exile and the Manager. This is done often through the use of impulsive, compulsive, and addictive behaviors, such as pornography use, sexual acting out, over or under eating, and over spending. The Firefighter’s intent is to extinguish flames but, instead, fans the flames and makes things worse.

As each of the parts seeks to discharge their individual responsibilities, chaos is created. The primary goal of therapy, therefore, is to create cooperation between these various parts and to allow the “self” (the core of the person that holds all of their values) to be in charge.

Each part has its place. They are not seeking to harm the other parts, only to keep the system in a state of calm and balance. What forms in this reactive state is an “intentions are pure but methods flawed” conundrum of epic proportions. Trauma and addiction recovery, therefore, must focus attention on all of these areas.

Allowing the Manager to relax requires feelings of safety, confidence, and respect in the core self and those called upon to help (partners, therapists, group members, etc.). Allowing the Exile to process its burden often times requires individual therapy and specific trauma processing interventions. The burdens carried by the Exiles can be diminished and lose their influence. Firefighters have a difficult time letting go, they are looking for any end every opportunity to leave the tedium of the firehouse to race down busy streets lights and sirens blazing. There is a bit of a rush in it, but primary in the mind of the Firefighter is whether or not they will be able to extinguish the flames before they destroy the whole system. Through the use of meditation practices, reaching out to others, insights regarding the burdens carried by the system, and a host of other therapeutic activities, the Firefighter can be both appreciated for their efforts to serve and protect the system as well as understand that the system will not be destroyed by a little flare up now and then. This will allow some breathing room between trigger and acting out and serve to maintain a higher level of safety and security.

By understanding these parts of self, one can better organize their recovery efforts. Each part needs to be understood, appreciated, and influenced by the core self. Thus, like the dog sled team, we can be pulled rather than pushed. Being pulled means that we are in greater control and can clearly see the influence that each member of the team, including our internal parts, has on the direction we are going. We can then register our own decisions and direct our lives toward healthy living.