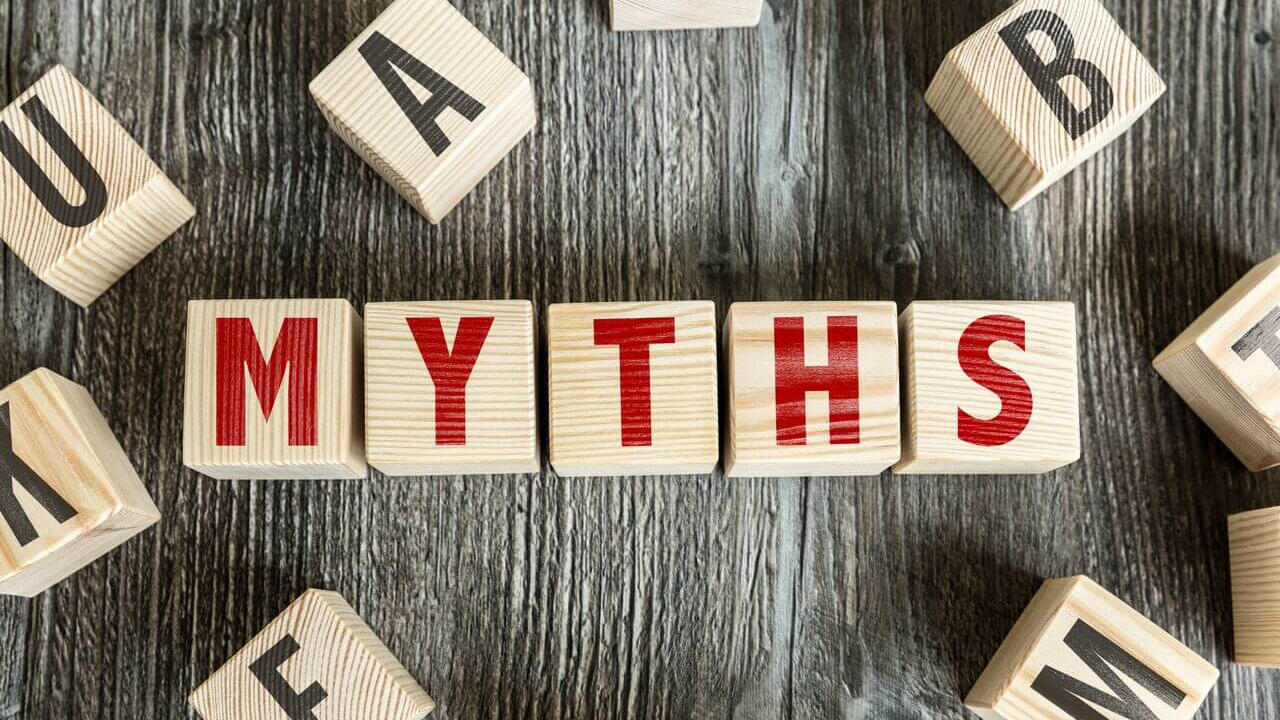 Compulsive pornography use has all the elements of an addiction. The rate and duration increase over time. People use it to numb out pain or medicate their emotions. It causes disconnection, denial and trauma in relationships.

2. If you’re active in church you’re less likely to have a problem with pornography.

That’s not the case at all. Utah’s population is more than 60 percent Latter-day Saint and it has the some of the highest pornography subscription rates in the country. I have several theories on that, one of which is that our culture is sadly shame-based. Shame is the driving force behind addiction.

3. When people get married, their pornography addictions will stop.

This isn’t true, because pornography addiction, which is a form of sexual addiction, isn’t about healthy sex. It’s not about an intimate relationship. Sex doesn’t fulfill the lustful hit a person gets from pornography. This misconception leads to other misconceptions as well, like partners of addicts believing they can have sex more to the control their spouse’s addiction.

4. Feeling enough shame about an addiction will cause someone to seek help.

Feeling shame will cause you to hide, to go into secrecy. You’re not going to be driven to confront a problem if you have a lot of shame. Guilt is slightly different, if it’s healthy guilt. Knowing you’ve done something wrong could lead someone to treatment, but most often, it’s just pain and tough consequences that bring people to my office.

5. If the addict wants it enough, God will always take away their addiction.

I believe that God can do this, but I don’t believe that God often does. Many people desperately want to overcome their addictions, but still continue to struggle. I don’t see many miracles in the sense of people being cured simply because they have an experience with God. What I do see is that whoever gets into recovery has to have God involved to progress. Addicts use the 12-Step program and learn how to surrender to a “higher power.” God is there to help them walk the path of overcoming their addiction.

Being sober is not enough. Recovery is a lifestyle change. It’s being transparent. It’s overcoming shame. It’s being humble and honest. Sobriety is a byproduct of recovery.

7. Compulsive pornography use only affects the user.

It’s like any addiction. It’s an attachment disorder, meaning if affects relationships. In order for someone to be addicted, they need to be in some denial, which prevents them from being authentic. It causes trauma for parents, children, spouses and all kinds of family relationships. It definitely doesn’t just affect the user.

8. Spouses of addicts should just forgive and forget. It’s not that big a deal.

Spouses are truly traumatized by their partners’ addictions in ways they might not even realize. They need to learn how to cope. They need their own recovery plan and support system.

9. Every ecclesiastical leader will know how best to help a pornography addict.

You may get the help you need from your ecclesiastical leader alone. You may not. Often well-meaning ecclesiastical leaders are untrained in dealing with this issue and are subject to many of the same misconceptions as the general population. In an effort to be helpful, sometimes religious leaders say things that unknowingly undermine the spouse as well as the person struggling with the addiction.

10. Once you’ve stopped compulsively viewing pornography and repented, you’re in the clear. The problem won’t resurface.

This is a common misconception that leads to so many more, like “If I’ve repented, I don’t need to tell my future spouse about it because I’m done.” Addiction is a disease and it’s a lifelong disease. It’s not just a moral issue. Even after repentance, you still have to work your recovery to stay sober or you’ll fall back into addiction.

11. My teenager probably hasn’t been exposed to pornography.

If you believe that, you’re most likely in denial. It’s everywhere. Almost every teenager has been exposed to pornography in some way. Parents who don’t accept it are hurting their children. Children need them to talk openly about what they might feel, what they should do and whom they should talk to when it happens.

12. Discussing pornography with a prepubescent child is unnecessary.

Exposure to pornography is happening at younger and younger ages. If they’re old enough to view it, they’re old enough to talk about it. The game has changed. The talk needs to start sooner and happen more often. Either children will learn about sex and pornography from friends at school or from their parents. It’s better to get to them first before they learn elsewhere.

13. Viewing pornography is only a problem among men.

Pornography use is increasing in all forms. It’s not just a male problem. I hear that more and more women are involved with it, but I don’t see more and more women in my practice. My theory on that is that it’s even more culturally shameful for women who have a problem, so they’re even less likely than men to come out about it.